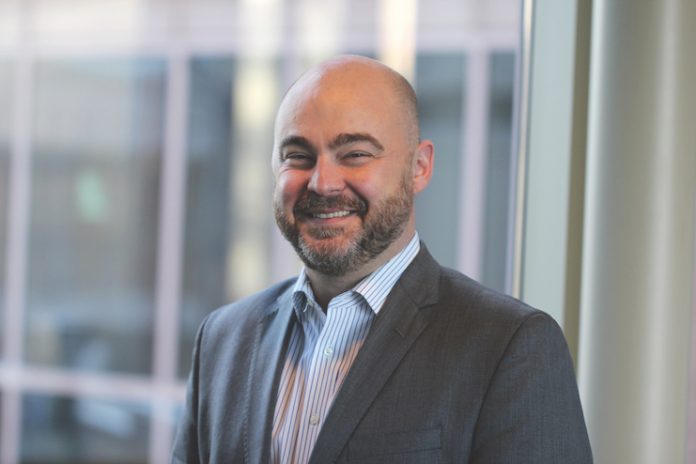 Radisson Blu Minneapolis Downtown General Manager Alex Francis discovered his love for hospitality when he was very young, traveling with his parents and staying in some of the world’s nicest hotels. “We would check into our hotel, head to our room, and I would phone the front desk to see what amenities were offered. It always amazed me how well everything was taken care of,” Francis describes.

Looking to turn his passion for hotels into a career, Francis went on to study hospitality at Washington State University and rose through the ranks, serving in almost every position a hotel could offer. When the COVID-19 pandemic hit, the first thing Francis decided to do was take in as much information as possible, educating himself on the best ways to combat the virus and keep his team and his guests safe.

“Information was pouring in, cancellations were happening fast, and fear was everywhere,” he says. “I spent countless hours reading and researching resources from the local health department and CDC website. I had to make sure I had the best information to guide my team.” As the pandemic wore on, Francis and his team focused on three things: education, collaboration, and communication.

Francis adds that in early March, he converted a space in the hotel into a “War Room” where he and his team would discuss their pandemic strategies. “We spaced everyone apart to socially distance and we just planned out how we would respond to different possibilities. We would set a plan for four or five different scenarios just to make sure we were prepared for anything,” he explains. Over time, the War Room also became a place where Francis and his team would conduct trainings, meditation sessions, and team-building exercises.

This became especially important when Minneapolis was at the center of demonstrations prompted by the death of George Floyd, adding more stressors on top of the ongoing pandemic. “There’s a lot to be said about the mental fortitude you have to have through times of social and civil unrest; these exercises certainly help the team re-center,” Francis notes.

When asked what his biggest accomplishment of 2020 was, Francis answers “twenty-three,” which is the number of employees he’s brought back from furlough. “The hardest part of this year was putting some of my employees on furlough,” he explains. “‘Twenty-three’ is the number of associates I have brought back on furlough since the pandemic hit. It is what keeps me driven and focused on a daily basis. I’m not looking at bookings as dollars and cents; I literally look at them as how many jobs I can bring back to our hotel. I wish I could say that number was higher, but it will continue to grow.”

Despite all that has happened in 2020, Francis says he never even considered leaving the hotel industry, which has continued to inspire him throughout the past nine months. “This industry is filled with people who can push through things; it defines hotels everywhere and the people inside of them.”

Does your property have a story to tell?

LODGING wants to hear from hoteliers and hotel workers about their experiences during the pandemic.  Send your story to editor@lodgingmagazine.com.