Whitbread to reduce number of redundancies 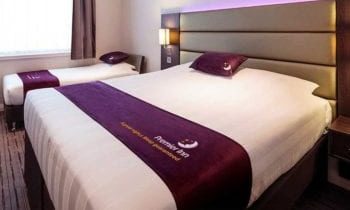 Hotel and restaurant company Whitbread has told The Times that it will reduce the number of redundancies at its hotels and restaurants.

The owner of Premier Inn and Brewers Fayre said that redundancies will be “significantly less” than the 6,000 it announced in September.

In a statement to The Times, the international hotelier said the reduction was made possible “as a result of higher levels of colleague redeployment and greater levels of flexibility in working hours.”

It added: “Our current plans will help ensure that we have the flexibility to respond to changes in customer demand going forward.”

Established in 1742 as a brewer, the company has now expanded into a major feature of the catering industry, owning roughly 400 Beefeater, Brewers Fayre, and Table Table restaurants.

It added that the chancellor’s decision to extend the furlough scheme until March would “undoubtedly help support” the firm throughout the “difficult period”.

Whitbread has been majorly impacted by the pandemic, reporting a £724m statutory loss for the first half of the financial year in October.

The group said the losses were mainly driven by Covid-19, which directly accounted for £348.1m worth of impairments in the period.